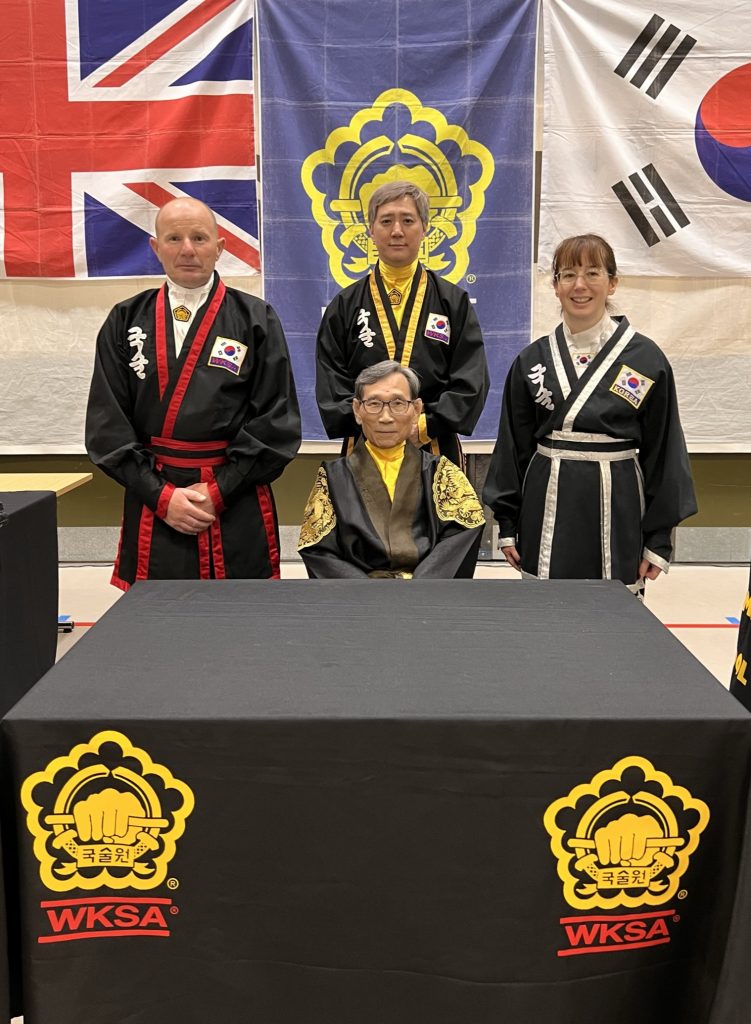 It was just over 25 years ago when Stephen Runnacles of Kuk Sool Won of Yeovil martial arts entered a sports hall to do his first trial martial arts class in Leiston, Suffolk.  Stephen started his Kuk Sool Won journey at the age of 26 to learn a skill in martial arts as well as to keep fit, lose weight and build confidence, making Stephen a great instructor for those facing the same issues having successfully overcoming these himself.

After achieving his First Degree Black Belt, Stephen began to instruct both kids and adults in the art of Kuk Sool Won and has been doing so for over 20 years. It is a credit to Stephen that he has seen many kids and adults successfully achieve their Black Belts under his guidance.

Stephen spent most of his training years at Halesworth, under the guidance of SIKJN Martin Ducker, an 8th degree Black Belt.  Learning martial arts, how to teach classes to adults and children as well has developing business skills.

Not only has martial arts has allowed Stephen to develop skills which can be used in day-to-day life, such as discipline and self-confidence, it was also where he met his wife!  Sally walked into the Halesworth dojang over 10 years ago.  Building up a friendship, their combined love of martial arts grew to mutual love and affection.  Couples that kick together, stay together!

Stephen’s day job was an inshore fisherman off the East Anglian coast and used to hard work in all weathers.  Sadly, with the UK fishing industry in decline and long-term employment prospects looking bleak, Stephen and Sally decided it was time to take the next step in opening as martial arts school.

As Sally was originally from Yeovil and no other Kuk Sool Won schools in the southwest, Stephen opened Kuk Sool Won of Yeovil martial arts in June 2015.  Starting out in community and school halls, the martial arts school started with classes only 2 days a week.  Over the years, the school has grown and now has classes running 6 days a week.

Even through the covid pandemic, Stephen maintained his black belt perseverance through adversity.  Classes immediately converted to online and helped students to keep their training going.  Kuk Sool Won of Yeovil is going strong and now has the largest student numbers since opening to date and continues to grow.

In June 2022, Stephen travelled to Norwich to be formally promoted to Pyung Kwahn Jahng Nim – 5th degree master by Kuk Sa Nim, the Grandmaster and founder of Kuk Sool Won.

Stephen says “it only seems like yesterday that I started my martial arts journey.  It is an honour to have met and trained with some fantastic people over the years. I look forward to continuing to learn, train and teach Kuk Sool Won for as long as I can.”