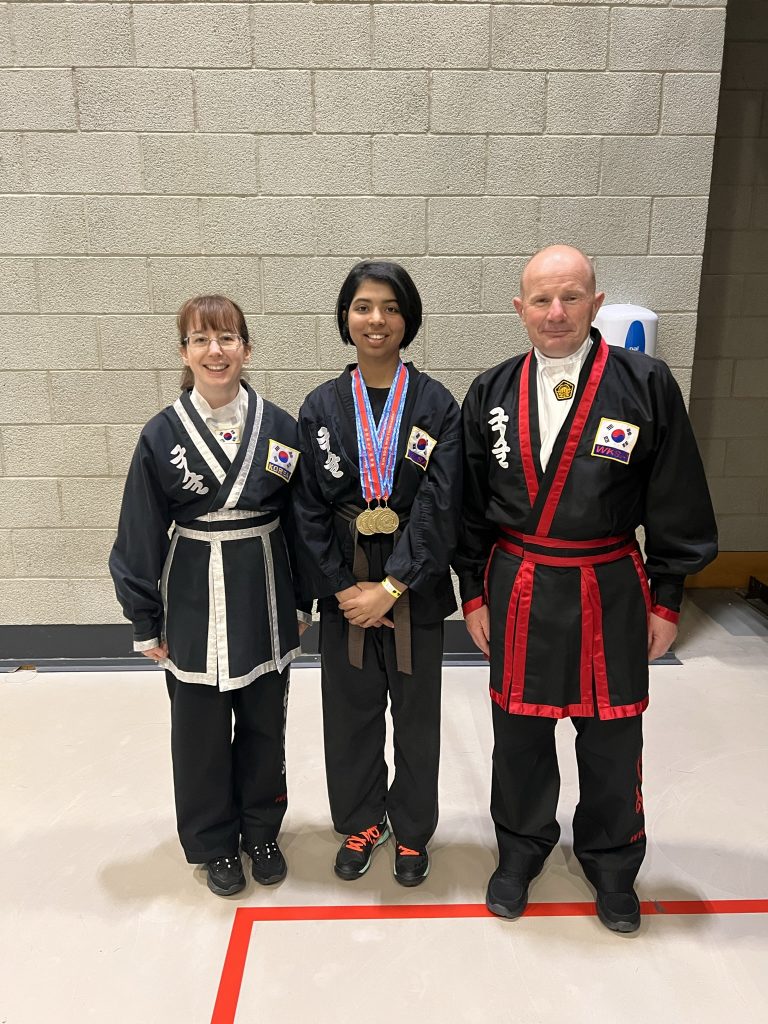 A team of 2 instructors and students from Kuk Sool Won™ of Yeovil martial arts travelled up to Norwich during the Platinum Jubilee weekend to take part in the WKSA European Tournament and national grading.

Participating in the national grading was school owner, Stephen Runnacles completing his final testing over the span of three years for 5th dahn master, KSNs Sally Runnacles and Charlie Ferris towards their 3rd dahn black belt and Shubangee Das on her first national testing for 1st dahn black belt.

The national grading was supervised by high ranking masters in Kuk Sool Won martial arts who came around the UK and the world to ensure standards were maintained.

Following the national grading as the European tournament which saw over 600 competitors from white belts up to 4th dahn black belts competing in various categories – techniques, forms and weapons.

School owner, Stephen Runnacles says “it was great to see that after a year back at training in the dojang after covid lockdown that everyone has been training really well and you can see that standards have definitely improved.”

Special mention to black belt candidate Shubangee Das who not only completed her first national testing, but also participated in the European tournament, coming away with coppers in forms, techniques and bo staff spinning. Shubangee was in a large group of 13 – 17 year old females and partnered last minute with her counterpart from Denmark for techniques. 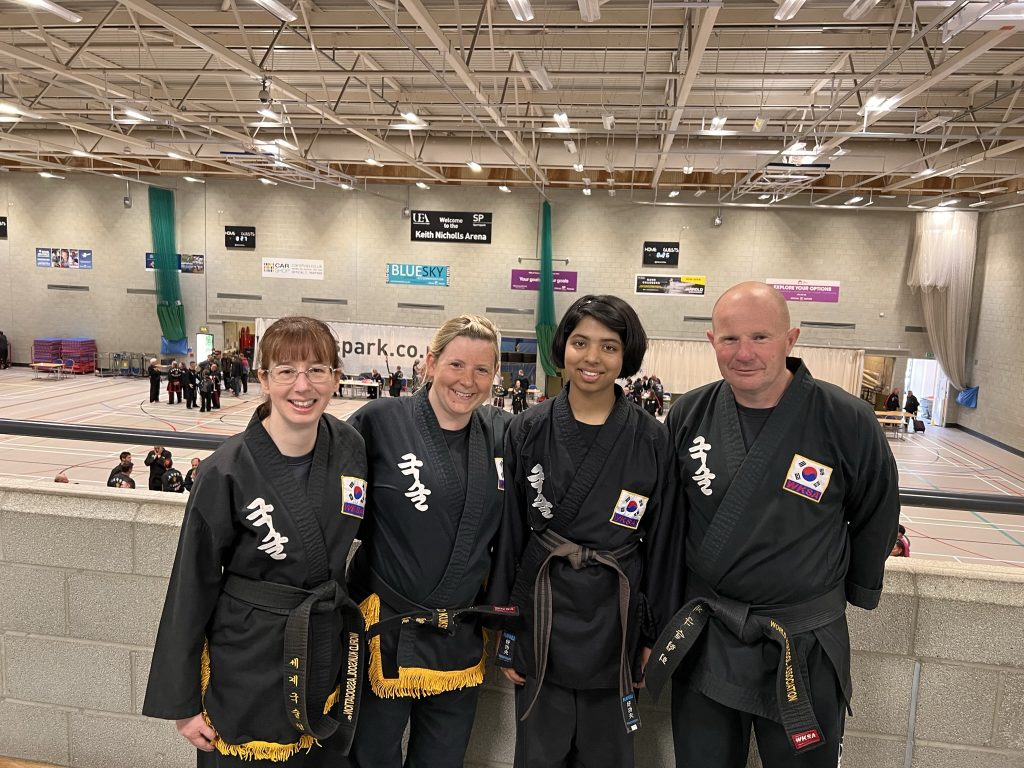